Rap Genius is hurting. Tom Harari, Director of Strategy, explores how they fell so far and what he’d do to help them reclaim the throne. 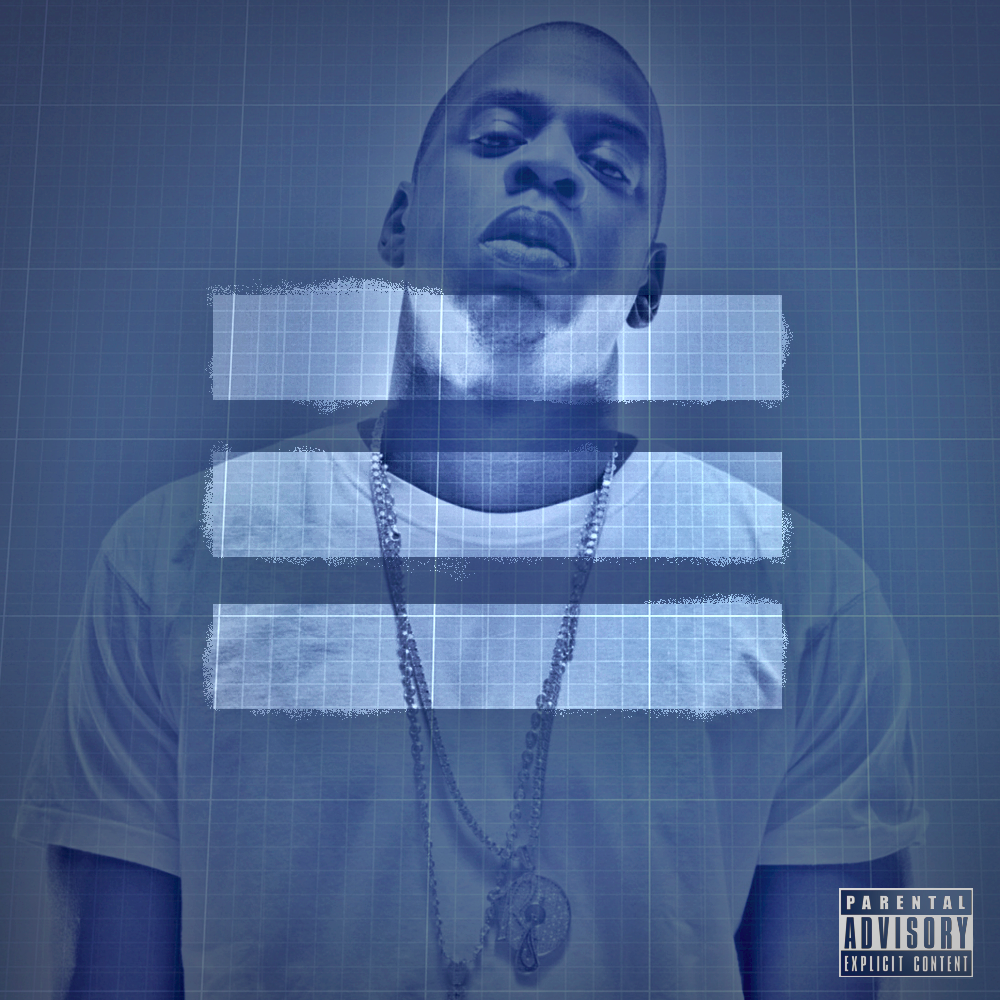 I’ll Show You How To Do This, Son.

What a change a year makes. One year ago no one knew who Edward Snowden was. A year ago Hummingbird was just a bird. And a year ago I published my first post on the SEOmoz (Moz) Blog entitled How I Would Do SEO for Rap Genius.

At the time Rap Genius was getting press for the stunning $15 million funding they raised from Andreesen Horowitz. I’d heard of them through a friend and was getting more and more into reading lyrics of my favorite rap songs and their meanings which I’ll admit had often eluded me. Having a crowdsourced platform to annotate song lyrics was truly genius and the boys from Yale have seen much success in the growth of their site since.

Unfortunately, whether it be due to the very real growth pressures from their VC-backers, or a hubris from balling so hard for some time, Rap Genius has had a pretty rough Christmas when Google decided to lay a beating on their rankings after a concerned member of the internet community decided to blog about how he was approached by RG in a not-so-elaborate links for tweets scheme. The story ultimately reached the Hacker News community and Matt Cutts. 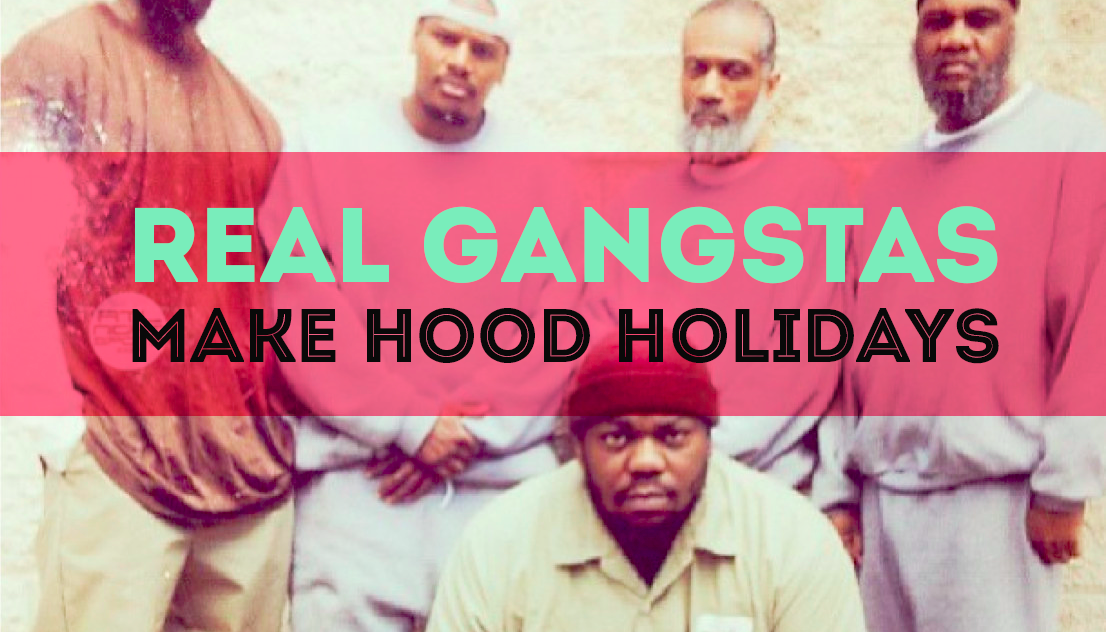 While many have been quick to jump in on either side of the debate, I think Danny Sullivan, Editor-in-Chief of Search Engine Land probably said it best:

Of course he was referring to the ever-changing rules of the game where you can never truly feel safe with any given tactic today, lest it be deemed an act of aggression against the search giant’s outdated beloved algorithm tomorrow.

Indeed many of us have have learned the hard way that paying for links is something that Big G’ takes very seriously and will not tolerate any deviance in that respect. According to Google’s evolutionary link schemes manual:

Buying or selling links that pass PageRank. This includes exchanging money for links, or posts that contain links; exchanging goods or services for links; or sending someone a “free” product in exchange for them writing about it and including a link.

In Rap Genius’ case they offered fans and followers a chance to get some love on Twitter through a shout-out linking to that fan’s blog. Since Twitter links are nofollow anyway, those links are purely for the traffic spike that would come from getting Rap Genius to tweet your site.

How do you get that shout-out? Link to Rap Genius’ Justin Bieber lyrics page with exact-match anchor texts such as “Justin Bieber Heartbreaker Lyrics.” Oy.

Examining Google’s guidelines and reading between the lines, I would say that “exchanging goods or services for links” is a very vague line that can be interpreted many ways from literal to interpretive.

Still, I’m not entirely sure the WHAT was the issue, rather the HOW. 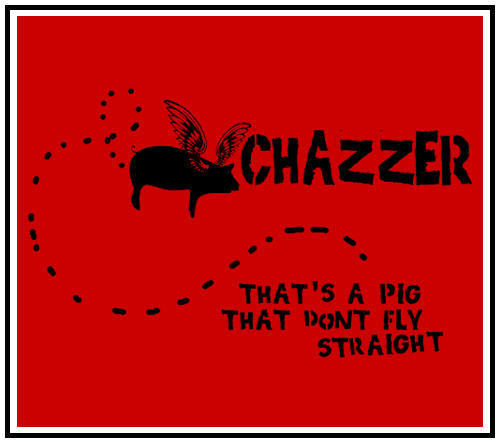 What RG did wasn’t technically wrong in my opinion, and yet it wasn’t very smart either.

For starters milking every fanboy that was willing to link to them in exchange for a tweet by slapping them with 5+ exact-match anchor text links, to just Justin Bieber songs no less, is a bit much. 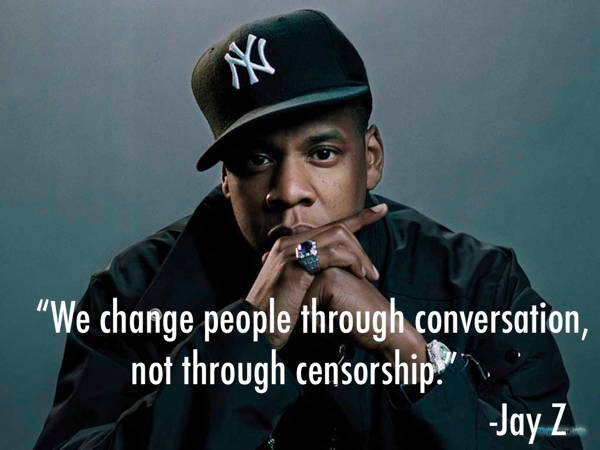 And yet, the way the whole thing went down was a bit suspect. From a blog post that went big on Hacker News, to Matt Cutts’ ominous comment of death. 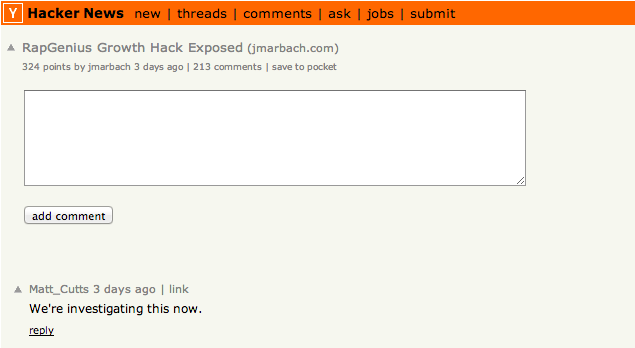 And then an apology before any action had been taken:

“tl;dr: We effed up, other lyrics sites are almost definitely doing worse stuff, and we’ll stop. We’d love for Google to take a closer look at the whole lyrics search landscape and see whether it can make changes that would improve lyric search results.” 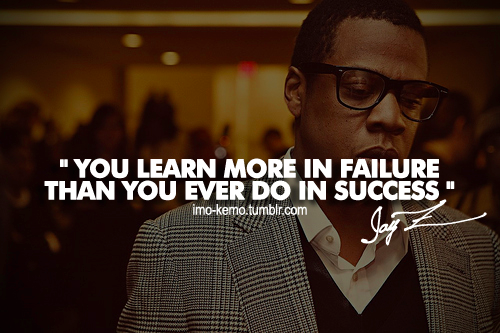 But you know what? Rap Genius isn’t special. They aren’t even the first to get publicly bitch-slapped by Google for naughty linking behavior. Nope, JCP came way before them. So did Overstock.com. And iAcquire was even out of the index for a brief period of time.

Jay Z said it best, you learn more in failure than you ever do in success. If you’ve never seen iAcquire’s 2012 recap video I highly suggest you take some time to watch it in its entirety to get a sense of how much work was put into reviving our brand after all seemed lost:

So without further ado…

Link Penalty aside (I believe this is more of a saving-face for Google to publicly flex its muscles and show that even a company it invests in isn’t off-limits), what does RG need to do to make up ground between it and its competitors?

The lyrics space is obviously incredibly competitive with lots of shady actors. Rap Genius gets linked to all the time yet when we look at referring domains using Majestic SEO in comparison to their 2 biggest competitors we see what a landslide it is.

938 referring domains compared to 89,390? 101,834? Clearly the competitors benefit from being around since the dawn of the internet, yet I still am not sure who would naturally link to azlyrics.com – in other words it is clear that a large portion of their competitors backlink profiles are low quality.

And if RG is going to get dinged for requesting specific anchor text links from their fans in exchange for tweets, let’s try another route. 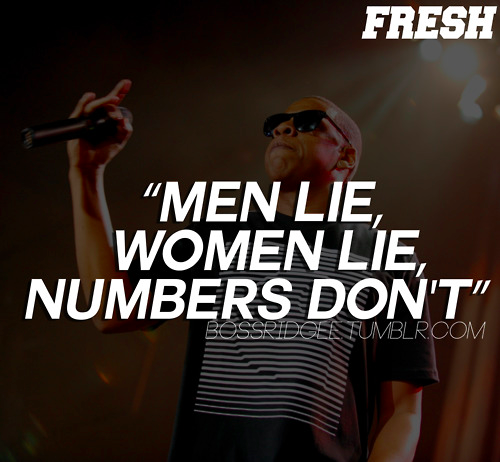 With 529k Facebook fans and 135k Twitter followers, I say it’s time to pull a FREE RAPGENIUS campaign by getting people to post badges on their blogs linking back to RG in support of fans of a brand linking to that brand however they want to and of their own free will.

We keep forgetting one thing when scorching these guys – they have an actual brand that people love. Many have argued that Google’s search results are now less quality with no Rap Genius results ranking. People love Rap Genius. 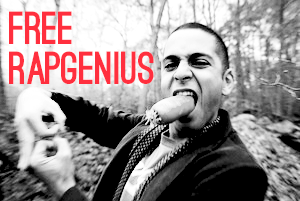 Badges?! Isn’t that too risky? Not if you switch up the link destination and ALT attribute randomly using Javascript magic.

Actually it would be pretty easy to milk it for even more than just links.

Start a campaign to get a petition going and send out t-shirts with FREE RAPGENIUS to people who sign the petition. The continued press mentions and links would double down on the publicity this Google-slap has garnered thus far. 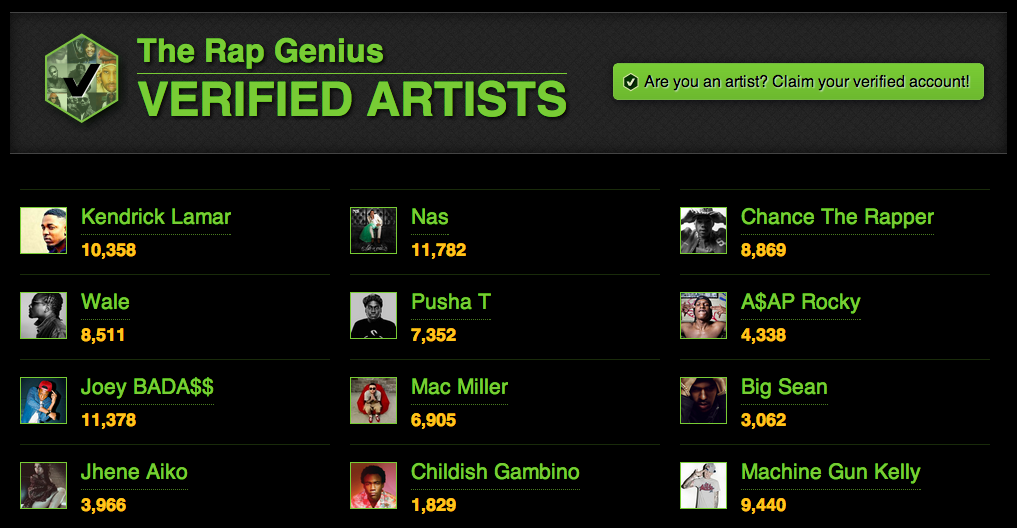 This is one of the biggest treasure troves a lyrics site could ever hope to achieve. Screw crowdsourcing, this is ballersourcing as Mahbod likes to call it. Actual artists who go in to the site, create a profile, and annotate their own lyrics explaining the meanings. Sometimes they even create video explanations!

So why are these artists not being asked to link to Rap Genius? They have much higher Domain Authority websites than any weird link exchange site AZlyrics.com might be hooked up with.

Another way to get loads of relevant links is to just reach out to fashion, music, and art bloggers.

There are so many middle of the road bloggers, who can only dream of being like Vibe or TechCrunch. But they blog consistently, about music, have decent to high Domain Authority sites, and would be ecstatic to get in touch with Rap Genius and write up album reviews.

These can be easy to find with easy search operators like “justin bieber album review” and going to Page 6 of Google and beyond. All the middle of the road blogs live out there.

Way easier to get these links as opposed to pitching snobby journalists at Rolling Stone. 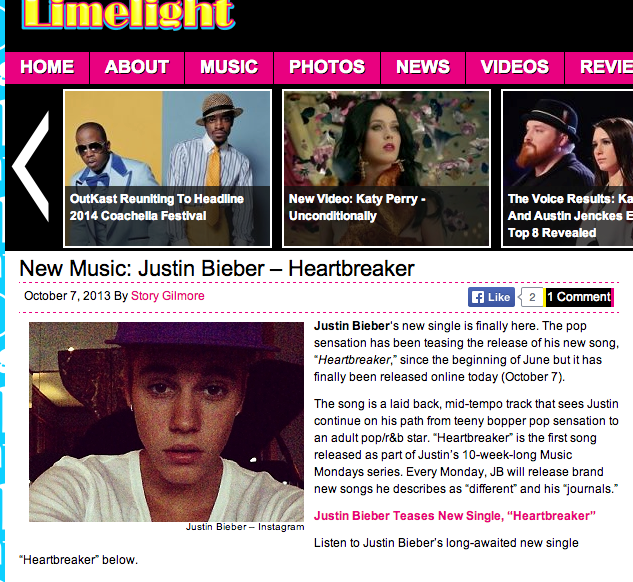 No need to offer anything in exchange either. Most of these sites would love to include a link to a lyrics page that has tons of annotations and explanations, rich content, and potentially explanations by the artist in question.

Forget being greedy, just get a link, partial-match whatever, and move on to the next one. 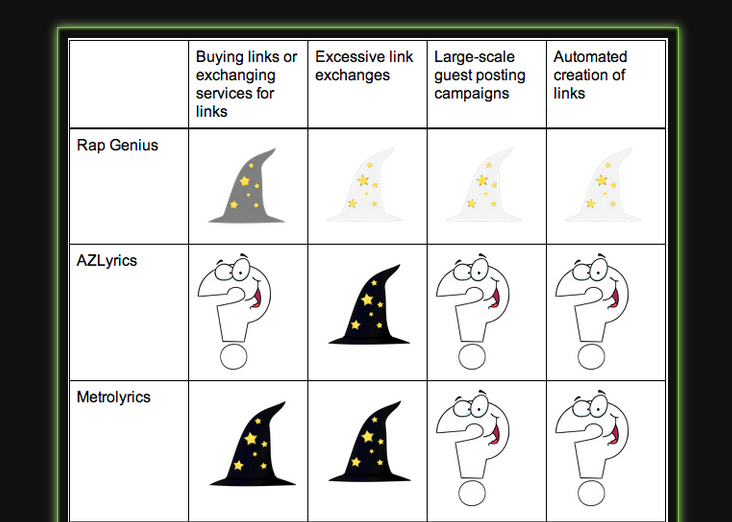 The picture above is a sorry excuse for visualizing the difference between RG and their competitors as far as linking behaviors go? I think?

Weird 1999 Powerpoint Clip-Art aside, Rap Genius does have loads of data at its arsenal. And while it has done cool stuff like the rap map, it needs to do more stuff like that.

Truly awesome content is by far the most scalable way to get links. 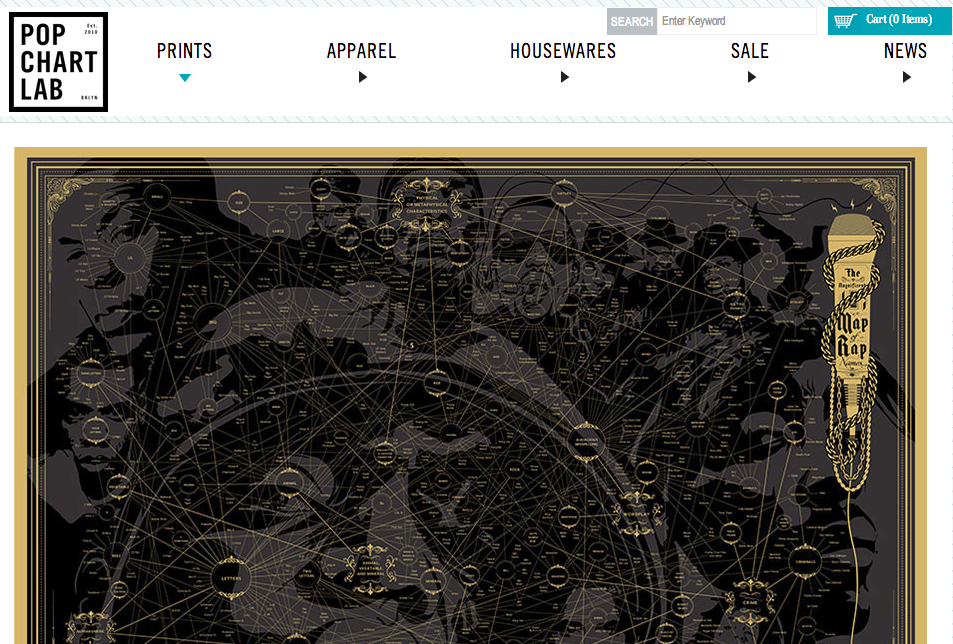 The Magnificent Map of Rap Names got 364 links and over 2,100 FB shares/likes with about 120 tweets and +1s a piece. This could have easily been created by RG instead of Pop Chart Lab.

And that’s really the biggest point that Rap Genius seems to have learned from all of this (hopefully) – nothing beats focusing on creating an amazing product and remarkable experience. AZlyrics.com and Metrolyrics.com have been around forever and will not dominate forever. Google may even decide to enter the space and show lyrics themselves directly.

The only thing you can absolutely control is the experience users feel when they come to your site, and no one can take that away.

What do you say? Is all lost for Rap Genius? How would you attack their scenario if you were in their shoes?